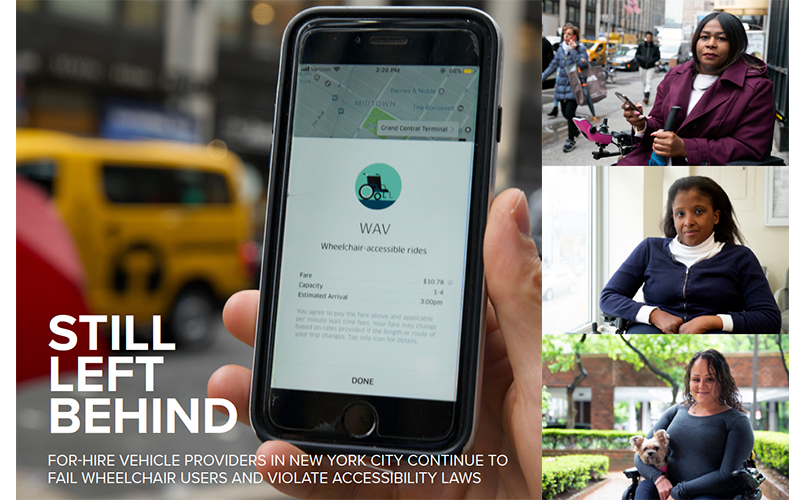 City and State featured a quote from NYLPI’s Director of Strategic Organizing and Research, Justin Wood, in a story today about access to ride-hailing services such as Uber and Lyft.

As Uber and other ride-hailing companies face pressure to better serve wheelchair users in New York City, there are early indications that the companies are moving in the right direction.

These three companies told City & State that they each met the June benchmark – that 60% of wheelchair users be picked up within 15 minutes, and 90% within 30 minutes – but the TLC has yet to release its report.

You can read the full story at City and State.

“While it’s a small step in the right direction, the numbers that the TLC was talking about are still really low,” Justin Wood, director of organizing and strategic research with New York Lawyers for the Public Interest, told City & State.