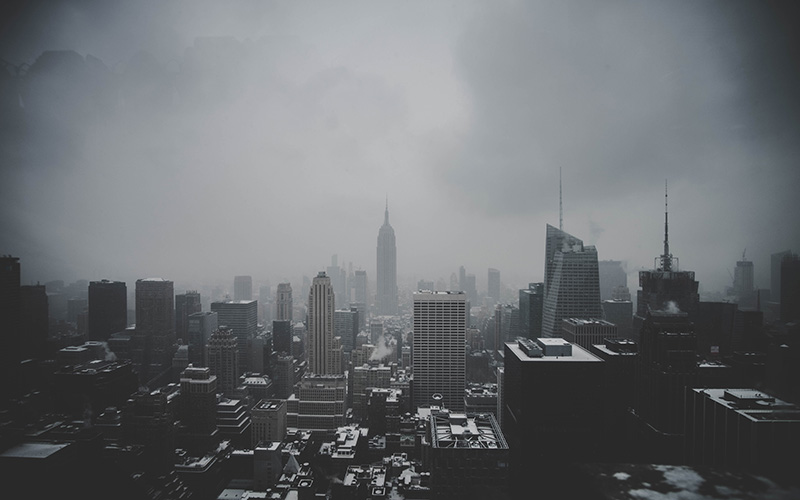 City Limits: Op-Ed: After Feds’ Failure, NYS Must Crack Down on Air Pollution

In one of the Trump administration’s latest moves to undermine public health, the U.S. Environmental Protection Agency (EPA) declined to adequately control emissions of PM 2.5, dangerous fine particulates linked to premature death – and now tied to mortality from COVID-19. The Clean Air Act requires the EPA to review emissions standards for hazardous pollutants every five years, and this year PM 2.5 was up for review. Despite the growing body of research confirming the serious harms of the pollutant and notwithstanding EPA’s own policy assessment, the EPA declined to strengthen the standard. The administration also recently declined to improve the weak standards for ozone, commonly called smog, and rolled back regulations on emissions of methane, one of the most potent greenhouse gases. These are just a few examples in a series of recent rollbacks of environmental regulations and standards that hurt both communities and the environment.

As with responses to the pandemic itself, lacking national leadership, it’s up to the states to lead on pollution reductions. New York State should follow the lead of California and others in taking aggressive and entirely feasible steps to reduce harm to its communities posed by the federal government’s failure to put public health first and regulate dangerous pollutants.

In New York City alone, each year PM 2.5 pollution causes more than 3,000 deaths, 2,000 hospital admissions for lung and heart conditions, and approximately 6,000 emergency department visits for asthma in children and adults, according to the City Department of Health and Mental Hygiene.

The pandemic has only heightened this risk, with recent research from the Harvard T. H. Chan School of Public Health showing that long-term exposure to PM 2.5 air pollution increases the likelihood of severe COVID-19 outcomes. The study determined that an increase of only one microgram per cubic meter of fine particles can increase the COVID-19 death rate by eight percent and underscored the importance of air pollution regulations and enforcement. Reducing particulate matter in Manhattan by just one microgram per cubic meter would have correlated to hundreds fewer COVID-19 deaths in the borough by early April 2020. Other studies have supported these conclusions as well.

New York State must take action given the federal government’s failure to regulate these dangerous pollutants. Reducing emissions from trucks and buses is one way the state could significantly alleviate health harms from PM 2.5 pollution. New York should follow California’s leadership, working towards a zero emissions rule for trucks and investing in electric transit and school bus fleets. Because school bus depots are highly concentrated in communities of color and low-income communities, reducing school bus emissions in particular has the potential to alleviate health disparities in these communities.

The state should also shutter the outdated “peaker plants” in the New York City area. These inefficient and highly polluting power plants operate only on peak electricity demand days – when air pollution is typically at its worst – exacerbating the negative health impacts of poor air quality in environmental justice communities. These power plants are also disproportionately expensive for ratepayers, who should not have to pay for unnecessary electricity capacity, especially during a severe recession. As it stands, New York City residents pay some of the most expensive rates in the nation, due in part to the “capacity payments” dedicated to keeping peaker plants online in case they are needed. The excessive capacity payments made to peaker plant owners could do far more good and create green jobs if invested in localized renewable energy generation and battery storage, as well as efficiency improvements in buildings, which is New York City’s single greatest opportunity to reduce greenhouse gas emissions.

Now is the perfect time time to replace this system: Downstate electricity demand is lower than average due to the ongoing reduction in commercial activity. This means that by the time the city is operating at peak electricity demand again, there could be a new energy-efficient system in place. Bold actions like closing down the peaker plants and making a zero-emissions or electric energy transition rule for trucks and buses would also help New York achieve its greenhouse gas emissions targets under the state’s Climate Leadership and Community Protection Act.

The Trump EPA’s rollback of PM 2.5 standards and methane emission regulations and failure to strengthen smog regulations are in line with a much broader failure to adequately regulate pollutants and enforce existing pollution standards. New York should not wait for the federal government to protect our communities and our environment. The state must step up and respond with the bold changes New Yorkers need.