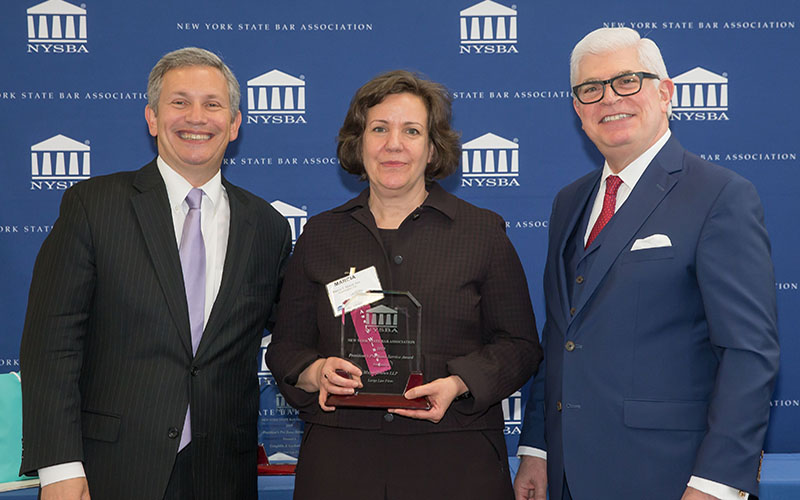 In particular, Mayer Brown recently partnered with us here at NYLPI, and with the Community Service Society on a project assisting in the sealing of old criminal convictions, under a new law in New York State.

Every day New Yorkers with criminal records are prevented from working, finding housing and moving on with their lives because of criminal record discrimination. Through preparing motions and affidavits, this representation allows these clients to gain a fresh start, dramatically improving their lives, future employment opportunities and sense of self-worth. We wrote more about the project at the New York Law Journal, if you’re interested to read more.

NYLPI nominated Mayer Brown alongside The Legal Aid Society and the Lawyers Alliance for New York for being “a true leader and champion of pro bono work, demonstrating its resolute commitment to disadvantaged communities.”

“We’re delighted that the New York State Bar Association agreed with us about Mayer Brown’s evident commitment to leading on pro bono,” said Marnie Berk, Director of Pro Bono Programs with NYLPI. “From the firm’s immigrant justice work, to assisting vulnerable tenants and leading the way on criminal justice reform, Mayer Brown continues to be a leader among their peers as a force for systemic and positive change on behalf of underrepresented New Yorkers.”