El Diario on Our Clinic: “It’s Never Too Late For An Immigrant To Apply for Citizenship”

El Diario on Our Clinic: “It’s Never Too Late For An Immigrant To Apply for Citizenship” 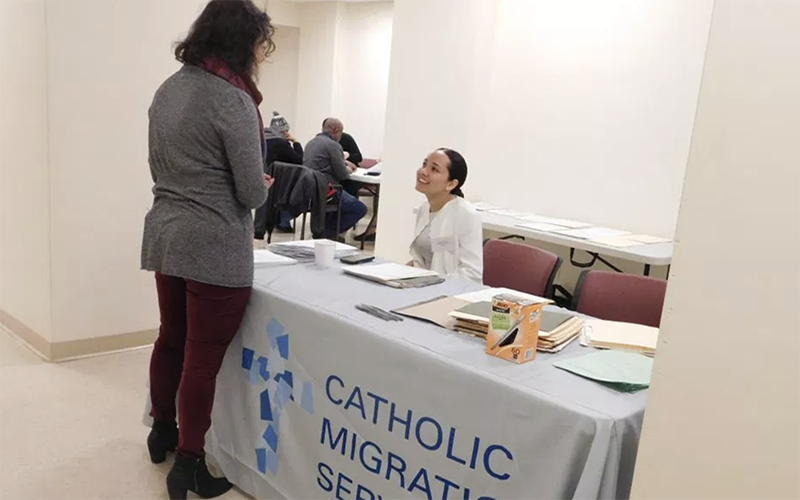 El Diario ran an extensive story about applying for citizenship, following our Pro Bono citizenship clinic with Catholic Migration Services, this past weekend. You can read the whole story here.

Tilda has lived in the United States for 25 years and has been a Legal Permanent Resident for over 10 years, but she always had the objective of naturalizing, she knew it since she arrived from the island of San Vicente and the Grenadines , located in the Caribbean.

“I arrived alone … I had a sponsor, for whom I worked,” he said, although he declined to give details of how he arrived in the country, but acknowledged that his early years were very complicated, even to get a job or rent a place to live.

“If you come to this country without a ‘green card’ it is very difficult to have a job, maybe you can find some things to do, but having a ‘green card’ the possibilities are greater, have access to school,” he said. “Once I got it, I graduated in Psychology.” He said that at that time it was even difficult to rent an apartment.

Tilda is in her late fifties and recognizes that it is never too late to become a citizen of the United States, although this time was not the first time she approached Catholic Migration Services (CMS), an organization that helps her process , since a few years ago he sought advice to sponsor his daughter.

“On one occasion I was talking to a woman in a clinic and she told me about this organization, she gave me the card and I have kept it since then. They helped me with my daughter’s process, to sponsor her to get here, “she said. “It has been one of the happiest moments of my life.”

The woman smiles with each migratory achievement that counts and hopes that with the citizenship there are more opportunities for her, although she feels that it will give her a different legal certainty.

“Citizenship gives us more opportunities … It’s better for me, more secure,” he said.

Like Tilda, around 50 people received advice in the workshop that CMS organized together with New York Lawyers for the Public Interest ( NYLPI, in English), which only in 2018 had the help of 79 pro-bono attorneys who served 146 immigrants with their applications for naturalization, several of whom were eligible for the fee waiver – of the $725 that the process costs – resulting in $57,660 in savings.