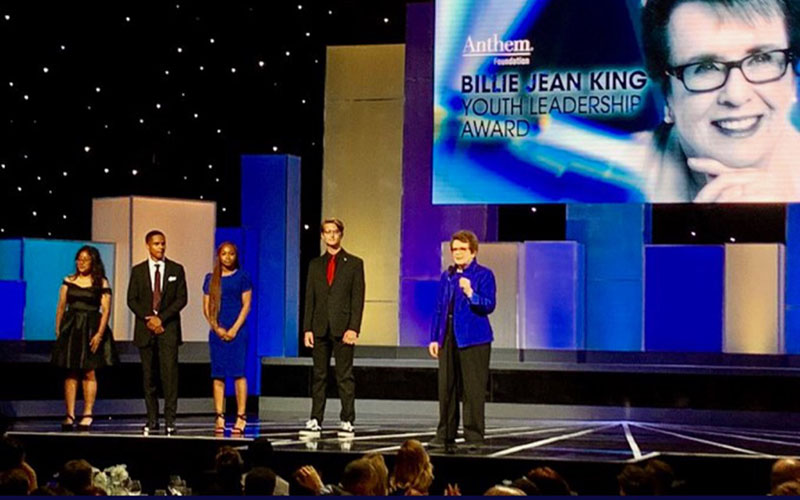 Diaz, now a rising freshman at Lafayette College, and Parks, a rising senior at the Urban Assembly Bronx Academy of Letters, drew attention to serious inequities in high school access to sports for Black and Latino youth through their work with the Fair Play coalition, and as lead plaintiffs in a class action lawsuit brought by New York Lawyers for the Public Interest (‘NYLPI”) against the New York City Department of Education. Together with other Fair Play student activists, Diaz and Parks also actively lobbied the New York city council to pass a law designed to shed light on these serious inequities. The law passed the Council in early summer 2019. 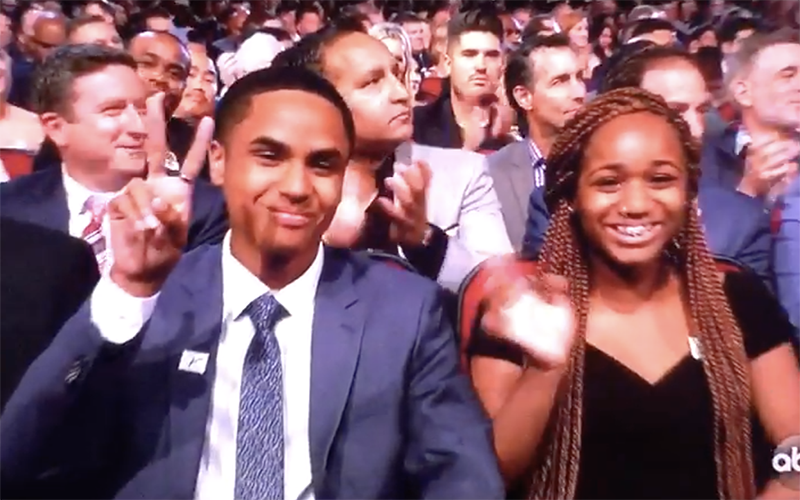 The average Black or Latino high school student in New York has access to approximately 10 fewer teams than the average student of other races in New York. This inequity spurred students, parents, teachers and advocates to form the Fair Play coalition to demand the system be reformed to provide equal access to all students, irrespective of race, geographic location, size of school, age of school, or language ability.

After receiving the honor, Lisa Parks said: “I am thrilled to receive the award, and was so happy to meet Billie Jean King, but our work isn’t finished. We still have a lot of work to get done to achieve equity in sports in our city.”

Matt Diaz added, “I love that we were recognized side by side with the best activists and athletes in the world. Even meeting so many celebrities, the most memorable part is making connection with these athletes and celebrities to talk about how to make a difference. The recognition is a great honor and we thank ESPN for it, and look forward to thinking about next steps to bring about progress with the contacts we made last week because the world still needs a lot of change.”

The Sports Humanitarian Awards ceremony will air on ESPN on July 18, 2019, at 7 p.m. The Fair Play Coalition will be holding a celebration watch party, hosted at NYLPI’s offices, to honor their student activists and recognize Diaz and Parks’ leadership.

Melissa Iachan, NYLPI Senior Staff Attorney and lead attorney in the class action lawsuit, commented “It is wonderful to see the courage, conviction and leadership these two teenagers demonstrated be acknowledged in such a meaningful and public way. They are blazing a path for kids who come after them, and simultaneously continue to show their peers on a daily basis how powerful student voices can be.”

David Garcia-Rosen, Director of School Culture and Athletic Director for both students, and Fair Play Coalition Member, said: “It is very excited that ESPN and Billie Jean King have recognized the bravery and leadership of Lisa and Matt in their fight for sports equity. It would be even more exciting if the Mayor would honor their work by finally bringing Black and Latinx students equal access to the Public School Athletic League.”

Jenny Veloz, Community Organizer at NYLPI and Fair Play coalition facilitator said, “It is amazing to see Matt and Lisa honored for their hard work fighting for sports equity, not only at their school, but all public schools in New York City. The recognition they received shows the power of student voices in the fight for justice.”

You can download the press release here. ESPN’s announcement is here.