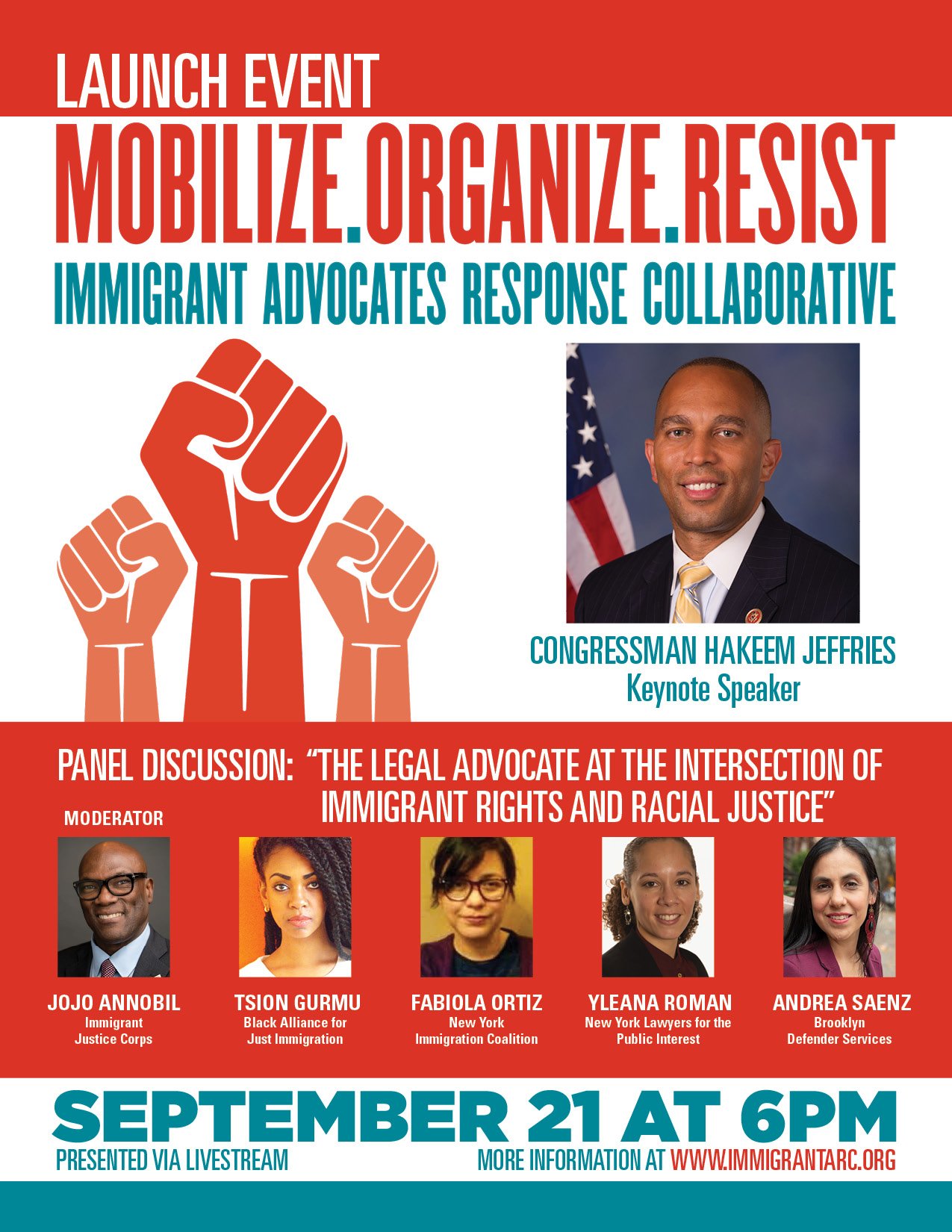 The event is free and open to the public and press and will also include a keynote by Congressman Hakeem Jeffries.  New York Lawyers for the Public Interest has been a proud member of I-ARC since it began as a volunteer effort.

Over the last three years, Immigrant ARC has been part of many headline-making moments throughout the years. On the 21st, they are officially launching as a standalone non-profit with this great event. Please join us!