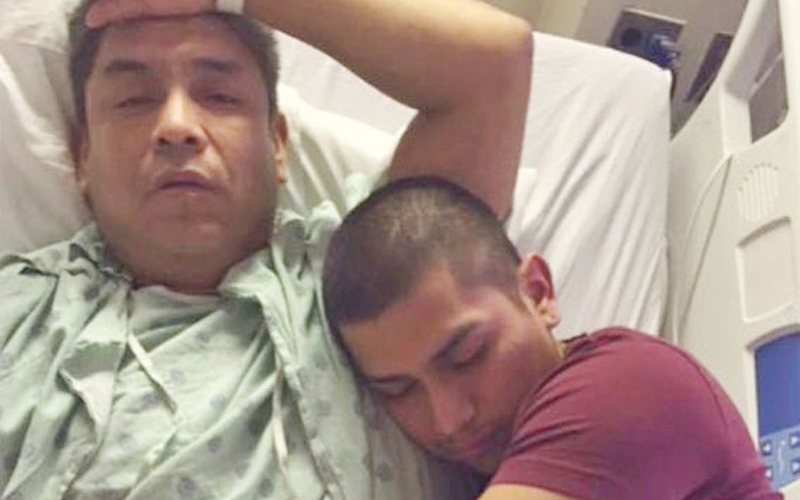 Updated post, July 23, 2019 at 5:15 p.m.: We’re delighted to report that a sick Bronx dad whose family feared he would die in ICE custody was released on Tuesday, following the granting of a humanitarian parole request, at least partially in response to a medical consultation put together by NYLPI’s Medical Providers Network.

Our advocacy partners at Make the Road NY tweeted video footage of the man, Inocencio Roman, being reunited with his family:

#BREAKING Inocencio Roman Solano, Bronx father of three, is reunited with family after 18 months in detention!

We filed the successful parole request to free him because of rapid decline in his health following ICE neglect. We’re thrilled the family is together! #FreeInocencio pic.twitter.com/tAHFj2CYwK

Members of NYLPI’s Medical Providers Network contributed to the advocacy around Mr. Roman’s release: Dr. Rayna Sobieski and Dr. Chanelle Diaz wrote a medical advocacy letter based on visiting him, on hundreds of pages of his medical records. The medical providers wrote that without immediate access to proper care, Mr. Roman was at risk of severe complications to his long-term health, including but not limited to: foot amputation, coma and death.

NYLPI also submitted a legal advocacy letter on Mr. Roman’s behalf, based on and on visits of Mr. Roman by NYLPI Health Justice interns Joanna Lopez and Arielle Wisbaum, over recent days.

U.S. Senator Kirsten Gillibrand also lent her voice to calls for Mr. Roman’s release over recent days, and the story of his release was covered by the Daily News here.

You can read Make The Road’s press release on the news, which quotes NYLPI’s Director of Health Justice, Laura Redman, here.

An immigrant family in the Bronx is fighting to save the life of devoted father Inocencio Roman, whose health is rapidly deteriorating due to inadequate treatment in Immigration and Customs Enforcement (ICE) custody. Mr. Roman’s story was featured in the Daily News this weekend.

On behalf of Mr. Roman and his family, Make the Road New York has filed an urgent parole request demanding his immediate release. Make the Road quoted NYLPI Director of Health Justice, Laura F. Redman, in their press release (downloadable here) on the issue:

Laura F. Redman, Director of the Health Justice Program at the New York Lawyers for the Public Interest, said, “There is an ever growing and expanding human rights crisis in detention facilities across the country. People in immigration detention live in deplorable conditions, their dignity and health care needs ignored. Mr. Roman’s conscience-shocking experience is not only indicative of that crisis but very similar to other examples we have seen occurring in other NY-NJ jails that contract with ICE. These are situations that end up in dramatic health consequences and even death. It is often difficult for doctors to even get into these facilities to meet with people suffering this kind of medical neglect. The detention machine is ruthless and cruel, in that regard.”

Make The Road has started a petition that people can sign onto, demanding Mr. Roman’s release. It’s available to sign here.