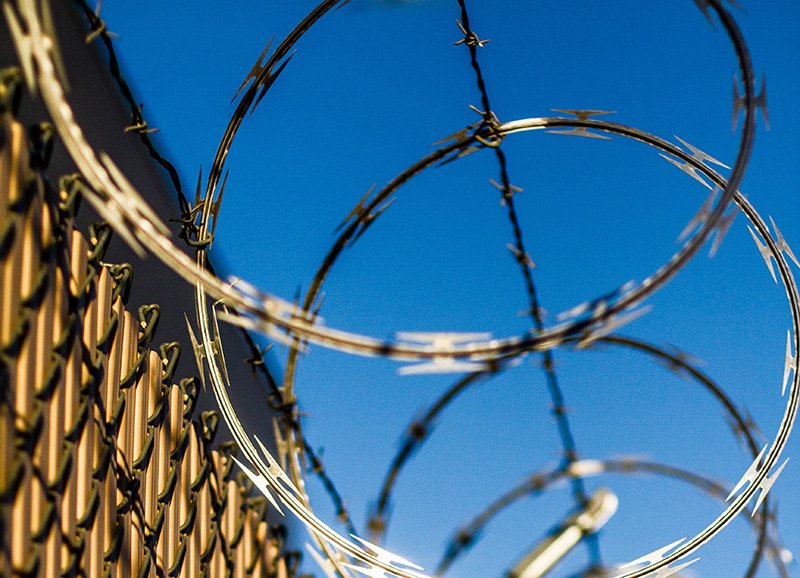 New York, NY – April 28, 2020 —New York Lawyers for the Public Interest today released “Still Detained and Denied,” a report documenting serious, often life-threatening deficiencies in the medical care provided to New Yorkers in area immigration detention facilities. The healthcare crisis in immigration detention has worsened over the past several years and has become even more urgent as COVID-19 spreads through communities, including in federal detention facilities and local jails. Based on more than 100 people’s experiences in New York and New Jersey immigration detention jails, NYLPI’s report outlines the government’s damaging and sometimes deadly failures to provide adequate medical treatment, identifies the coronavirus pandemic as an additional reason to release all immigrant detainees, and makes extensive recommendations for change. Elected officials at all levels of government reacted strongly to the report’s contents.

New York, NY – April 28, 2020 — Civil rights advocacy organization New York Lawyers for the Public Interest (NYLPI) today released “Still Detained and Denied,” a report documenting serious, often life-threatening deficiencies in the medical care provided in New York City-area immigration detention facilities. The crisis of inadequate access to care in immigration detention has worsened over the past several years and is even more urgent now as COVID-19 spreads through communities, including in federal detention facilities and county and private jails. Based on more than 100 people’s experiences in New York and New Jersey immigration detention jails, the report shares case studies and outlines the government’s failures to provide adequate medical treatment, identifies the pandemic as an additional reason to release all immigrant detainees, and makes extensive recommendations for change.

The new report builds on NYLPI’s 2017 Detained and Denied report and details the recurrent and worsening deficiencies in medical care in immigration detention, including lengthy delays in treatment and a lack of necessary mental health discharge planning. NYLPI proposes a number of reforms, including alternatives to detention for those in removal proceedings, especially for individuals with serious medical conditions, medical record reviews and in-person consultations in detention from qualified doctors, and updated ICE standards for contracted facilities, among others.

“ICE and county jails are failing to provide necessary care for every person they detain,” said Amber Khan, director of NYLPI’s Health Justice Program. “The crisis in immigration detention has been going on for far too long and the situation is only becoming more dire. In light of the COVID-19 health crisis, ICE must release people from civil detention when facilities can’t even ensure basic safety.”

Over the past three years, ICE and the facilities that contract with it have continued to violate the constitutional and human rights of people detained, including the right to adequate health care, leading to damaging and even deadly results. The report highlights that under normal circumstances, facilities can’t meet the basic needs of detainees; designed for security, not medical care, these facilities cannot accommodate the social distancing and vigilant hygiene measures necessary to reduce the spread of COVID-19.

Through the report and other initiatives, NYLPI is working to advance the rights of immigrant detainees. In 2019, NYLPI successfully brought a case on behalf of two individuals with serious mental illnesses who were discharged and dumped on the streets without appropriate medical planning. NYLPI’s Medical Providers Network connects people with doctors who can advocate on their behalf. To push for the release of immigrant detainees during the pandemic, the Medical Providers Network sent a letter signed by more than 4,700 healthcare professionals to ICE demanding the release of people from detention before they contract or even die from COVID-19.

“The current COVID-19 crisis serves to highlight an unsettling truth – ICE detention is a clear and present threat to the lives of the people who are held there,” said Nathaniel Kratz, Instructor of Medicine at Columbia University Irving Medical Center, Attending Physician at New York-Presbyterian Hospital, and a member of NYLPI’s Medical Providers Network. “While this danger is exacerbated by the current pandemic, NYLPI’s latest report demonstrates that ICE detention is intrinsically a systemic threat to detainees’ health and wellbeing. As a physician I am alarmed by the continued neglect and lack of adherence to any medical standards in ICE facilities, conditions which have produced undeniable, irrevocable harm to detained individuals and families.”
With spikes in immigration enforcement over the past several years and inadequate response from the U.S. government, NYLPI continues to document the dire impact on immigrants and work with community partners to end the devastation caused by the immigration detention machine.

The full report is available here.

“Protecting the lives and providing humane healthcare for all detained immigrants is a fundamental human right, especially during these challenging times of a global pandemic,” said U.S. Representative Alexandria Ocasio-Cortez in response to NYLPI’s Still Detained and Denied report. “For years, ICE has shown willful indifference to the well-being of those in its custody and it is not acting quickly enough to reduce the number of COVID-19 related deaths in detention facilities. I have and continue to call on ICE to immediately release all detained immigrants in order to save lives.”

“The COVID-19 crisis has made the failures and inequities of our immigration system clearer than ever,” said Senator Brad Hoylman, Chair of the New York State Senate Judiciary Committee. “To keep human beings cooped up in detention centers, denied adequate medical care, is horrific — and to do so during a pandemic is even worse. I’m grateful to NYLPI for shining a light on the many shortcomings of the federal immigration detention process, and am committed to working with my colleagues to ensure every New Yorker, no matter their immigration status, is treated justly.”

“Indefinite detention for civil immigration cases was never a solution,” said New York City Council Speaker Corey Johnson. “Amid the COVID-19 pandemic, it is cruel and inhumane to deliberately crowd people in small, dirty places, with limited access to basic hygiene. This is why cities and states across the country have freed thousands of people who were charged with or convicted of crimes. Yet every day, the federal government houses thousands of people in jails who are charged with civil immigration offenses. Having already torn families apart, ICE detention now poses the very real risk of mass death. It is impossible to practice social distancing in immigration detention centers. These detention centers are a breeding ground for the virus, and we must do all we can to protect the individuals irresponsibly held. I commend the New York Lawyers for Public Interest for highlighting this horrible public health issue.”

“I am thankful for New York Lawyers for the Public Interest’s report pursuing health justice for immigrants and proud to join them in taking action against the gross injustices ICE has leveled upon the Five Boroughs,” said New York City Council Member Carlina Rivera, Chair of the Council’s Committee on Hospitals. “The fear among immigrant New Yorkers has led to a public health crisis and unacceptable inequities in care. As a sanctuary city, we must call for accountability when ICE violates basic human rights and fight to ensure that all New Yorkers have access to adequate healthcare.”

“The report’s vivid description of conditions inside detention centers makes a strong case for both immediate action and a new and better path,” said New York City Council Member Rory Lancman in response to Still Detained and Denied.

“NYLPI’s report documents the grave threats to the health and well-being of immigrants in detention, disproportionately impacting immigrants of color, and the need to safeguard access to council for people in immigration detention fighting for dignity, freedom, and the right to adequate medical care,” said Shayna Kessler, Senior Planner at the Vera Institute of Justice. “We applaud this powerful work that shares the stories of people whose health has been tragically impacted by immigration enforcement and calls for the release of all people in immigration detention.”

“NYLPI’s report lays bare ICE’s persistent disregard for human life,” said Max Hadler, Director of Health Policy at the New York Immigration Coalition. “Denying detainees appropriate care is always unacceptable and is particularly egregious during the worst public health crisis in 100 years. We stand with our partners at NYLPI in demanding the immediate release of all ICE detainees.”

“ICE’s detention facilities have always been inhumane places unable to meet the basic health needs of those held in captivity,” said Theo Oshiro, Deputy Director at Make the Road NY. “Now more than ever these facilities are putting lives in danger. ‘Still Detained and Denied’ clearly shows that ICE must reverse the hidden health crisis in its detention facilities and release all detainees. This is a matter of life and death.”

“Immigrants are routinely locked up in “civil” immigration jails and subject to woefully inadequate medical and mental health care, sometimes leading to their death,” said Nyasa Hickey, Director of Immigration Initiatives at Brooklyn Defender Services. “Without the needed protections to safeguard their rights and without a right to counsel, reports such as such as NYLPI’s “Still Detained and Denied” and locally funded Universal Representation programs such as the New York Immigrant Family Unity Project (NYIFUP) are essential advocacy tools to expose the daily injustices and human rights violations perpetrated under today’s dysfunctional immigration detention and deportation policies.”

“For years we have been witness to the terrible and cruel failures of the medical care provided to our detained clients, and over the last few weeks, these inadequacies have been further exposed as the system is strained to its breaking point,” said Sarah Deri Oshiro, Managing Director, Immigration Practice at Bronx Defenders. “This important report makes the case in compelling detail why ICE must release all those in their custody now.”

About New York Lawyers for the Public Interest (NYLPI)
Founded more than 40 years ago, New York Lawyers for the Public Interest is a community-driven civil rights organization that pursues justice for all New Yorkers. NYLPI works toward a New York where all people can thrive in their communities, with quality healthcare and housing, safe jobs, good schools, and healthy neighborhoods. In NYLPI’s vision, all New Yorkers live with dignity and independence, with the resources they need to succeed. NYLPI’s approach powers its commitments to civil rights and to disability, health, immigrant, and environmental justice. NYLPI seeks lasting change through litigation, community organizing, policy advocacy, pro bono service, and education. NYLPI’s Health Justice Program brings a racial equity and immigrant justice focus to health care advocacy, including ongoing work addressing the human rights crisis in immigration detention and advocating for healthcare for all New Yorkers.