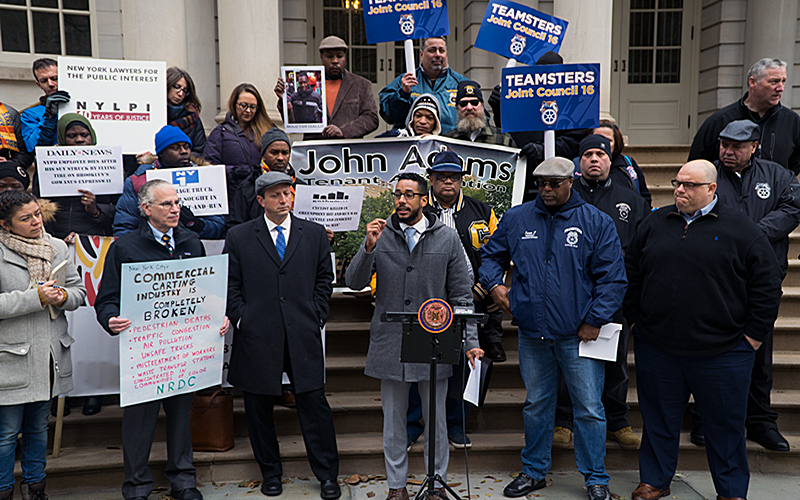 Troubled Bronx sanitation hauler Sanitation Salvage has surrendered its license and gone out of business, following years of advocacy by the Transform Don’t Trash coalition, of which NYLPI is a member. Sanitation workers, African community members, and allies, including NYLPI staff, joined Sanitation Committee Chair Antonio Reynoso on the steps of City Hall this morning to laud the news that Sanitation Salvage is going out of business as a measure of justice for the two New Yorkers killed by the company.

Read the press release here. And read coverage of this story by Waste 360, ProPublica, the NY Daily News, and CBS New York by clicking on the links.