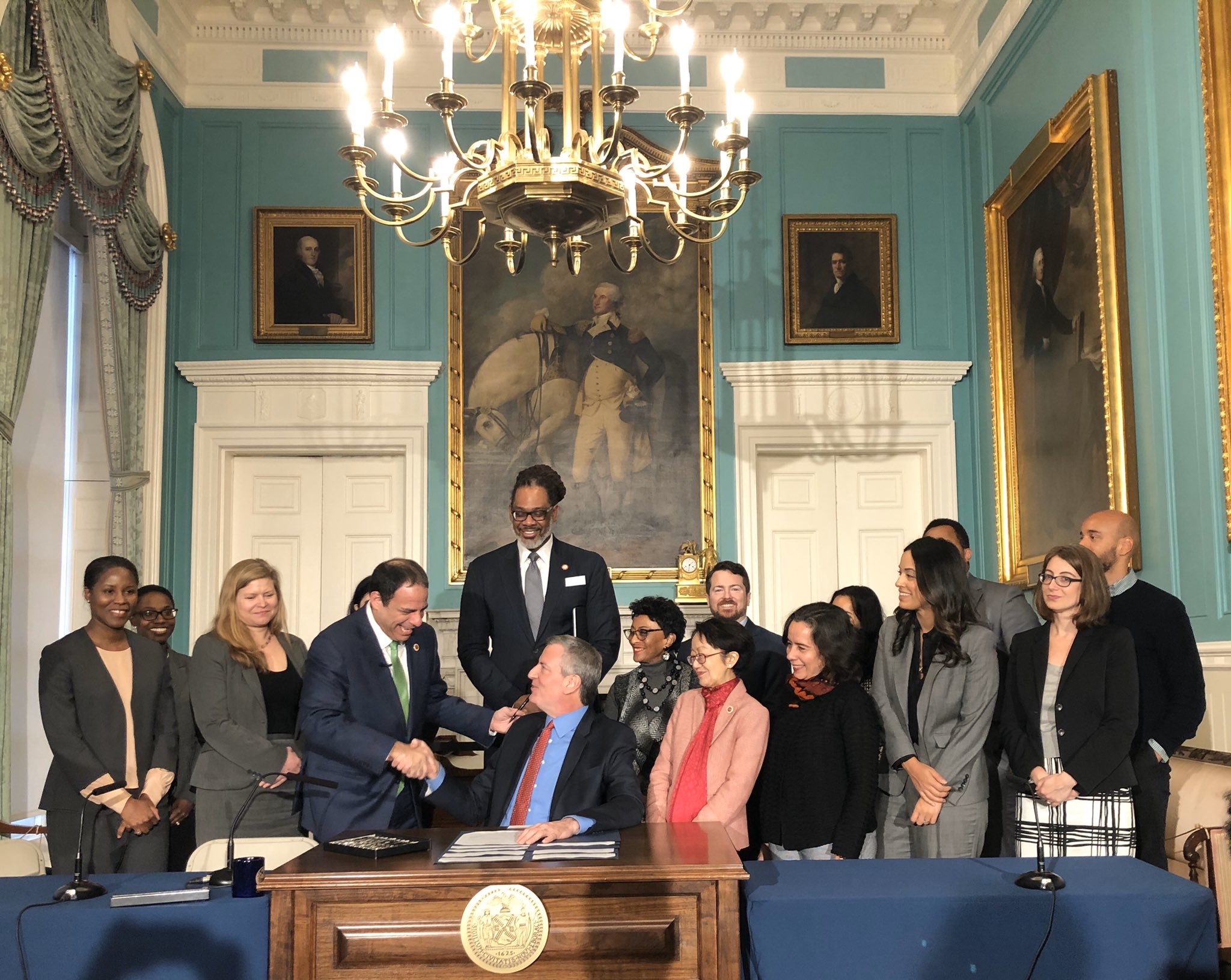 NYLPI’s Director of Environmental Justice Rachel Spector spoke at a bill signing with Mayor de Blasio in support of a package of new laws creating stronger enforcement of protections against toxic lead. NYLPI and coalition partners played a key role in shaping these bills and builds on last year’s successful slate of bills.

NYLPI is thrilled to be here for the signing of five new lead laws that will, together with laws passed by the City Council last year, expand the scope of New York City’s lead poisoning prevention framework and close loopholes that allowed some landlords to escape regulation of deteriorating lead paint.

Key protections that we are pleased to see in this package are:

Many of these provisions are in response to recommendations made by advocates in our September 2018 Lead Loopholes report; others show that the city is following through on commitments made early last year in the LeadFree NYC Roadmap. Thanks to the leadership of the City Council, in particular Speaker Johnson; to Mayor DeBlasio; and in particular to Kathryn Garcia in her role leading the LeadFree NYC task force for moving this legislation forward.

As we all know, passing new laws is only the first step in solving longstanding, systemic problems like lead poisoning. We look forward to continuing to work together with relevant city agencies on implementation and enforcement of these laws. In particular, we are eager to work together as the city collects more data through audits and through expanded lead testing to ensure we are using the data to identify where and how to do targeted enforcement and monitoring.