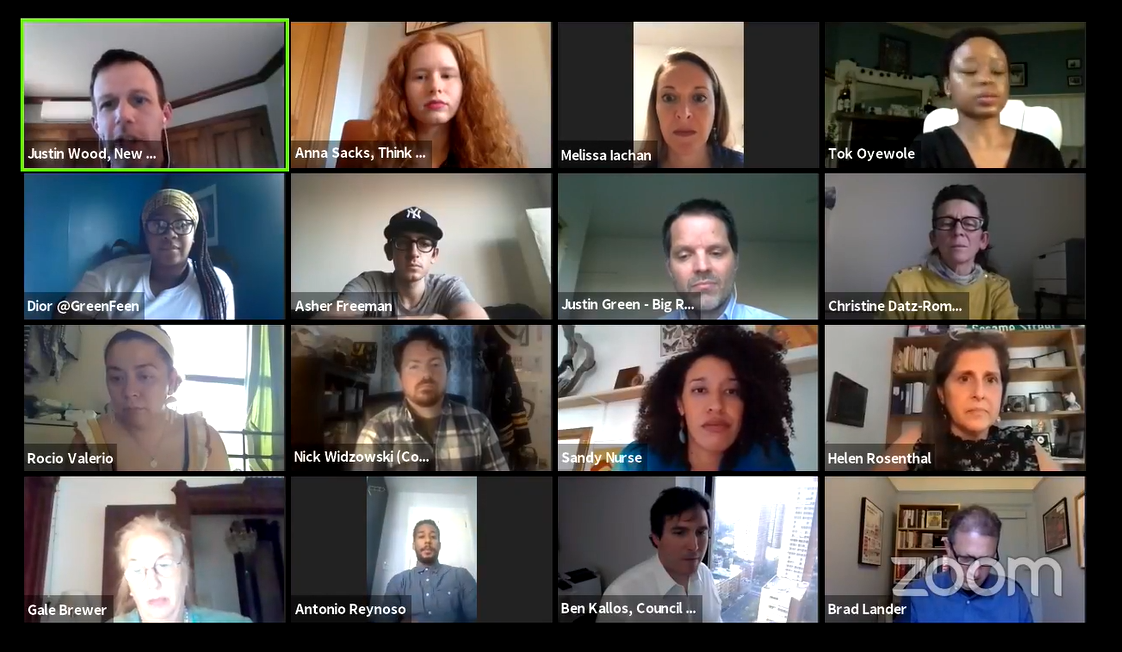 NYLPI hosted a virtual town hall with over 1,000 participants on the urgent need to save organic waste recycling in New York City, which would be eliminated in the Mayor’s proposed budget. Panelists from the #SaveOurCompost campaign highlighted the urgency of reducing climate emissions, the need for compost and recycling drop-off centers in every community in New York City, and potential for organics recycling to preserve and expand green job opportunities in communities hit hardest by unemployment during the COVID-19 emergency. We were also joined by several elected officials who announced their sponsorship and support for local legislation that will create drop-off centers in every community district and mandate citywide curbside food scrap collections in the future.

You can view clips of the town hall meeting here, and find out how you can take immediate action to #SaveOurCompost here!

“The New York Lawyers for the Public Interest held a virtual town hall on Tuesday calling on the city to preserve the organics program that is facing funding cuts. Justin Green, founder and executive director of the Big Reuse, warned the proposed budget rollbacks would “decimate” his organics drop-off program. He said the cuts are coming at a time where participation in organics recycling is on the rise. “We’ve never composted more,” he said. Other environmental advocates warned that it could take years to persuade New Yorkers to get into the habit of separating their organic waste with the program suddenly vanishing. “I’m afraid it’s going to shift to something that’s essential… and should be available to all New Yorkers” to something that’s “seen as a luxury,” said Anna Sacks, an environmental advocate. Still, Council Member Antonio Reynoso, chair of the sanitation committee, attempted to instill hope: “All is not lost,” he said. Reynoso plans to soon introduce a bill that would place three community recycling centers in each community district for organic, hazardous and electronic waste. He’s also pushing for the city to pass a mandatory organic waste recycling program before the year ends.”