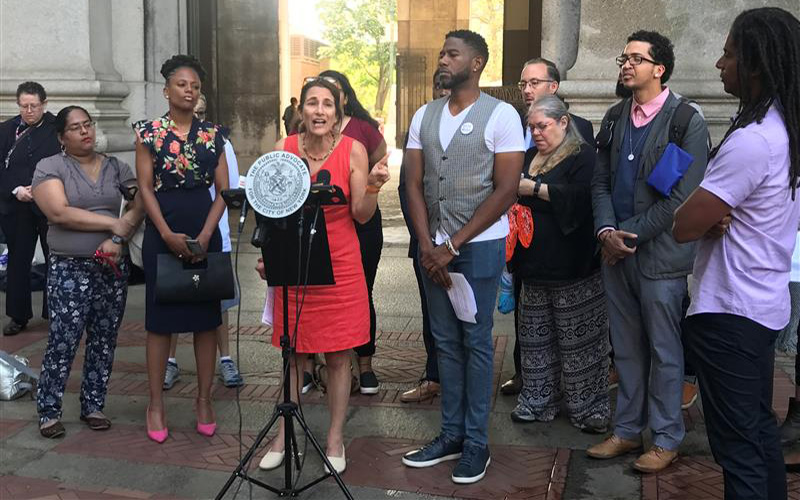 NYLPI’s Director of Disability Justice, Ruth Lowenkron, spoke this morning at a rally in partnership with Public Advocate Jumaane Williams about his new report, which reenvisions the city’s response to mental health crises to involve a peer response model.

NYLPI has recently achieved landmark legal rulings forcing the NYPD to turn over bodycam footage in police shootings involving people suffering mental health crises, and has pushed for the recommendations in Mr. Williams’ report as part of our role as a member of Communities for Crisis Intervention Teams in New York City (CCITNYC).

Ruth said the city and its mental health task force now need to back the proposals and implement the new model, which has so far received press coverage in City and State, The Appeal, The City, and The Intercept.

The public advocate also tweeted about the rally:

Our city needs to drastically change the way it responds to mental health crises.

Today I joined with a coalition of advocates, who have been fighting for these reforms for years, to outline my proposals to do just that.