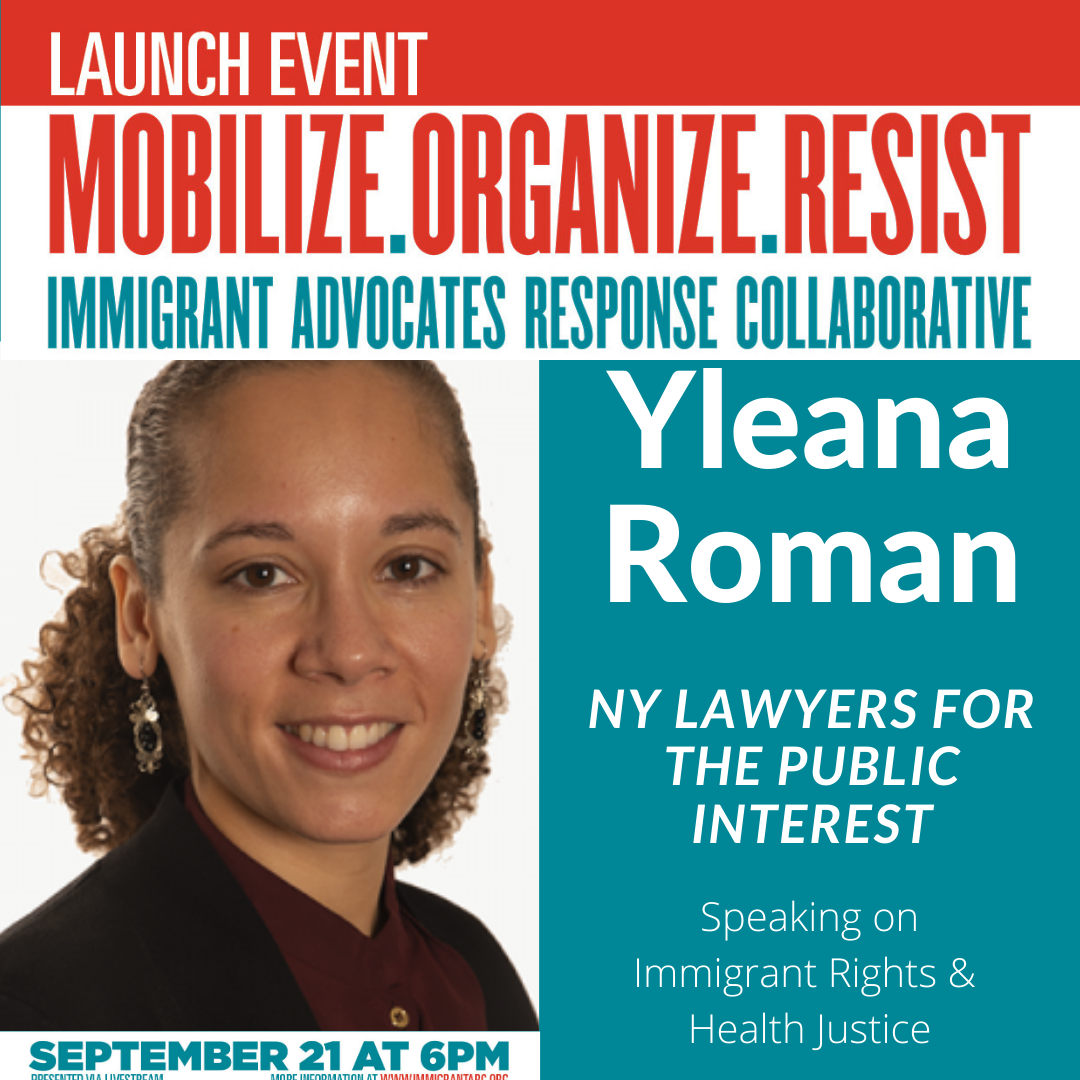 Senior Staff Attorney Yleana Roman spoke on racial equity and immigrant rights during the Immigrant Advocates Response Collaborative’s (I-ARC) panel discussion on “The Role of the Legal Advocate at the Intersection of Immigrant Rights and Racial Justice”.

NYLPI has been a proud member of I-ARC since its inception. The Immigrant Advocates Response Collaborative is a nonprofit organization that provides a platform for New York’s immigrant legal services providers to work together. I-ARC seeks to better serve immigrant communities by sharing resources and collectively strategizing on how to resist anti-immigrant policies.

The evening panel featured Congressman Hakeem Jeffries, who was there at the formation of I-ARC and who supported the hundreds of lawyers who rushed to JFK airport to help those affected by the Muslim Ban and other inspiring immigration advocates.