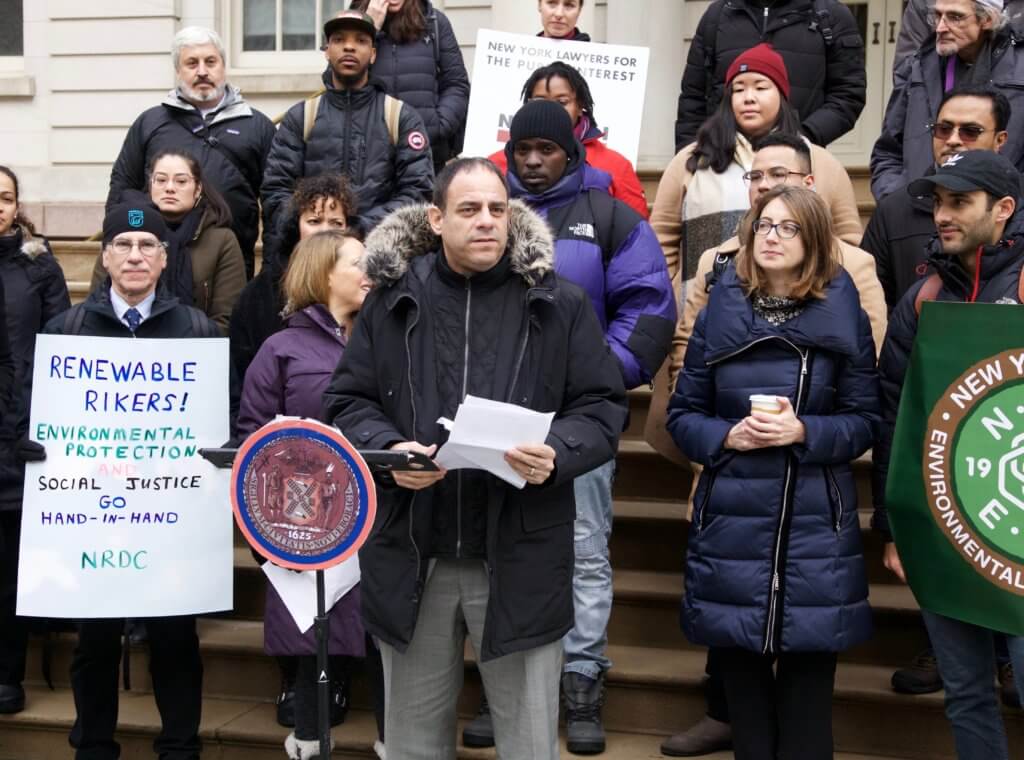 A coalition of environmental justice advocates and criminal justice reformers came together on Wednesday to rally for the plan to make Rikers Island into a hub of renewable energy.

The newly assembled coalition of New York Lawyers for the Public Interest, NYC Environmental Justice Alliance, JustLeadershipUSA, was joined Astoria Councilman Costa Constantinides, who unveiled a suite of three bills in June that would start the process of transforming Rikers Island into a symbol of environmental justice.

“The planned closure presents a once-in-a-lifetime opportunity to turn this island of shame into a showpiece of sustainability,” said Eric A. Goldstein, New York environment director at the Natural Resources Defense Council.

In June, a panel of advocates envisioned goals for a Renewable Rikers like building solar panels that could provide enough energy to shut down Queens’ three power plants, a new wastewater treatment facility, investing pension funds in renewables, and building marijuana greenhouses on the island.

“These bills are done in partnership and following the leaders who have done so much of the work in getting Rikers closed,” Constantinides said.

The bills have been picking up steam among environmental advocates since this summer. The New York League of Conservation Voters (NYCLCV) recently added the Renewable Rikers bills to its scorecard for the coming year. The group uses this metric to grade City Council members on their support for environmental priorities.

“Relocating the wastewater treatment plants away from environmental justice communities and into the island is also a means to combat the historic environmental burden that many of these neighborhoods have borne for decades,” said Adriana Espinoza, NYCLCV’s program director.