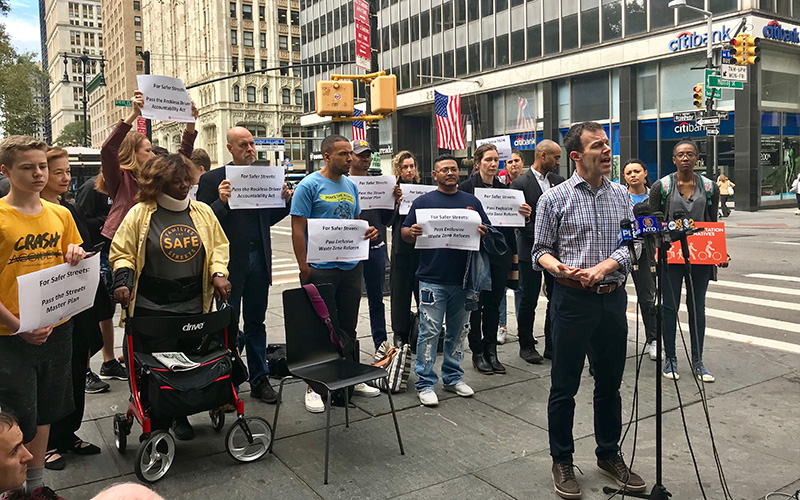 To date in 2019, 156 New Yorkers have lost their lives in traffic. 9 of these victims have been children. 3 have been killed by private waste haulers in just the last month. New York City is also on pace to lose more cyclists this year than any time in the last 20 years, 90% of whom were killed on streets with no safe biking infrastructure.  Every loss was preventable.

Intro 1574 would bring greater accountability to the single most dangerous industry operating on the streets on New York City, a common sense measure that will save lives and improve our city immeasurably.

Update, Oct 3: Streetsblog ran a story about safety in the private carting industry, and on October 3, we ran a “Twitter Town Hall” with our allies to call on council members to support intro 1574.