We Did It! Passing Commercial Waste Reform In New York City…

We Did It! Passing Commercial Waste Reform In New York City… 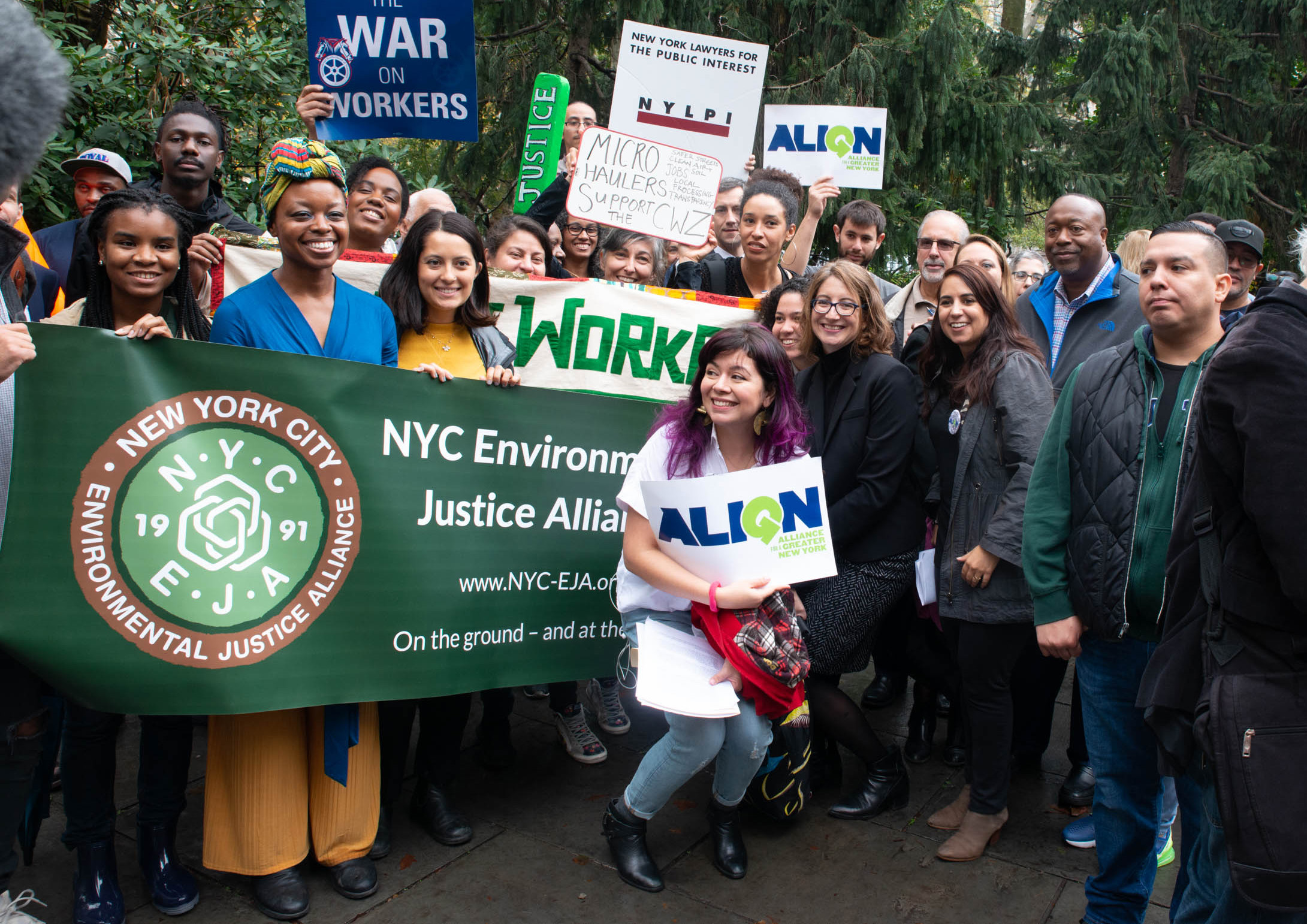 We’re thrilled to share a keystone victory that will stop the commercial garbage industry from trashing our communities, workers, streets and environment.

The Commercial Waste Zone law passed yesterday will end New York City’s unchecked “Wild West” waste scheme, with trucks from perhaps 90 companies zooming and zigzagging through our streets. They have mowed down, maimed and killed pedestrians, bicyclists, and even their own workers. They spew dangerous, asthma-triggering particulates and tons of greenhouse gases.

The result? As the New York Times noted on the eve of passage, under our new law daily private garbage truck traffic will be cut by more than half, “from more than 28 million miles per year to fewer than 11 million by 2024.” Vetted carters can compete for three spots in each of twenty commercial waste zones throughout the city. And we have won new rules for safety, labor fairness and customer service.

Our coalition partners and legislators have our thanks – and so do our supporters.

The measure received significant press coverage in a multitude of news outlets: