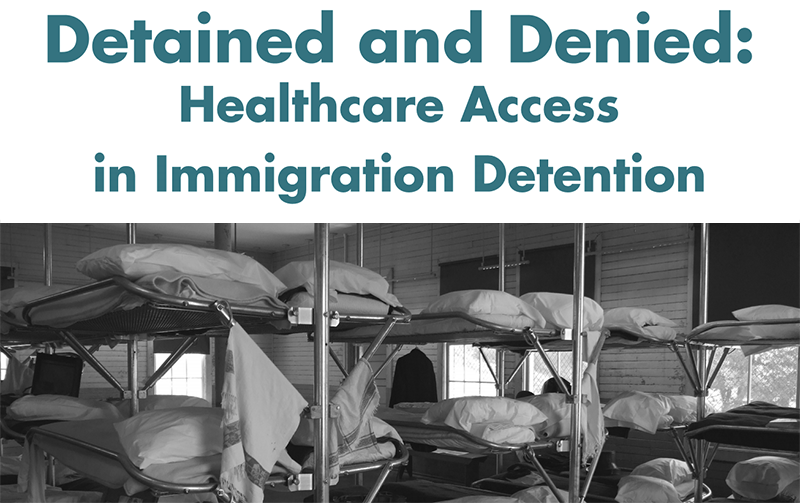 But the crux of the immigrants’ claims are backed up by First Friends of New York and New Jersey—a nonprofit that sends volunteers to visit the jail—which also fielded an uptick in medical complaints late last year. And New York Lawyers for the Public Interest, which has a program to aid detainees on medical matters, said access to more than basic health care in the four immigration jails in New Jersey, including Essex, is difficult to come by.

Essex contracts with a company, CFG Health Systems, to run the medical unit for about $13 million a year. CFG has faced criticism in the past. Its contract at the jail in nearby Hudson County, where New York ICE detainees are held, was terminated after six deaths there in 2017 and 2018. In a suit filed last week, a former Hudson detainee with severe psoriasis and arthritis said after a dermatologist made an “urgent” referral to a rheumatologist, he wasn’t seen by that specialist for six months. And last month, CFG was sued by a former Essex detainee who claimed a failure to provide proper follow-up care after he was beaten up in the jail.

There are systemic failures related to intake of new detainees and follow-up care when it comes to chronic conditions, according to Karina Albistegui Adler, who monitors medical conditions at the New Jersey jails for the New York Lawyers for the Public Interest.

“When you’re seeing medical conditions that are less prevalent—that are a little bit more complex—that’s when I see our clients get into situations with their health that become dangerous and health threatening,” she said. “As far as even outside specialist care, we’ve seen months go by before they’re seen or anything is arranged.”

To listen to the WNYC audio, please click here.